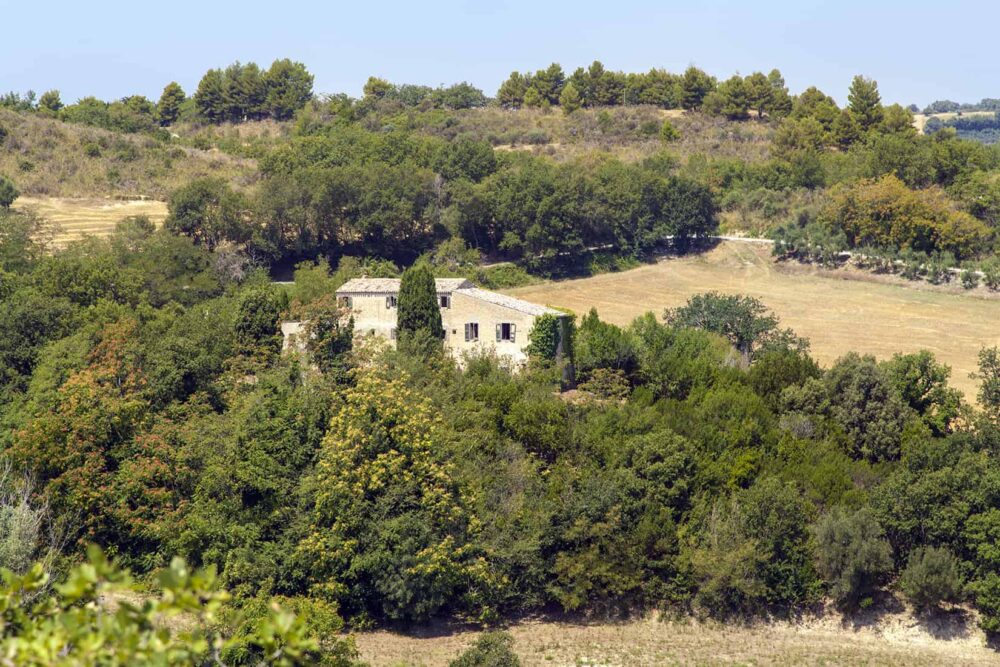 Wonderful Castle dating back to the year 1000, its first inhabitants were monks, which later became a Castle, today the site has remained isolated as then and can be reached by a picturesque dirty road that cuts through the fields to the wooded hill, where the church still stands and what remains of the conventual structures. Approaching the site you can still see the castellan vocation of the site, surrounded on one side by cliffs and on the other by the expanse of cultivated fields which are also included in the sale.

It represents one of the oldest testimonies of a typical early medieval monastic settlement of the Marca Fermana. The castle was initially fortified and had inside the church and the houses (cells) of the monks. Over the centuries, various communities of monks have followed one another and the building has undergone numerous works that have substantially changed its original appearance.It then passed into private hands that have renovated and transformed it into a country house, with an adjoining chapel and farmhouse.

The Convent / castle represents a splendid opportunity to purchase a somewhat unique property.

The convent / castle is to be restored, although the external walls are in good structural condition, on the ground floor there are the old stables, cellars and the church, while on the first and second floor the rooms.
Outside there is also an annex to be restored.

Of particular interest is the naturalistic context in which the castle is inserted and which must have remained unchanged since ancient times. Numerous centuries-old oaks arise around the castle and along the road in front while in the forest there are the main tree and floristic species typical of the Mediterranean scrub (pine, laurel, maple, juniper, broom, holly, holly, etc.).

The castle is located in an excellent position, on a wooded hill with  sea view, which is about 5 km away, it is also very close to services and various villages, and is also convenient to reach the motorway exit which is only 10 minutes by car, while Fermo is about 15 minutes.

The Castle / Convent is now a private property with about 12 ha of cultivated fields.

It needs restoration work, it could become a splendid private residence, a particularly charming accommodation business or be used as a place for conferences, exhibitions, meetings.

Property with farmhouse and land, near center of Fermo.… More Details

Renovated farmhouse 10 minutes from the beaches and near… More Details

This property represents a perfect opportunity to buy the… More Details 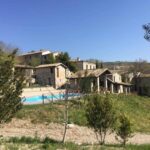 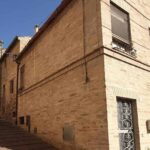 Owning a home is a keystone of wealth… both financial affluence and emotional security.